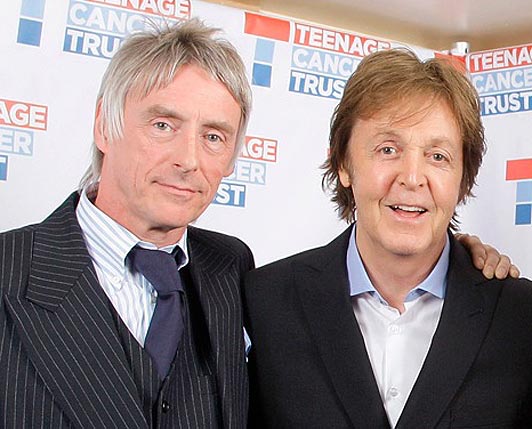 What do you give as a birthday present to "The Most SuccessfulComposer and Recording Artist of All Time" and greatest livingsongwriter of the 20th Century?  You give respect in the formof a brilliant reworking of one of their own compositions.

June 18th sees the 70th birthday of the one and only Sir PaulMcCartney and as a huge mark of respect Paul Weller and his bandhave recorded a cover of the Beatles classic song "Birthday"(ofcourse).  This passionate cover will be made available for ONEDAY ONLY - Monday, June 18th (Macca's birthday) and it will beavailable exclusively at Amazon.com for only 70 cents'¦as in 70years!

Weller says: "I wanted to do something for Paul's 70th, theman's been, and still is, an immense and enduring inspiration forme. It was him and his three friends that made me want to pick up aguitar in the first place. I saw him play live recently and heinspired me just as much as ever, he was brilliant. I just hope helikes our little version, a token of my and the band's love for himand his music. Rock on Macca."

Paul Weller and his band recorded "Birthday" (originally fromthe Beatles' White Album) in one day down at Paul'sBlack Barn studios.  Yep RocRecords will release the track NorthAmerica.  All Paul's proceeds from the sale of the single willgo to the WarChild charity composed of independenthumanitarian organizations which work together to help children andyoung people affected by armed conflict.