Orange Amplification Founder and CEO, Cliff Cooper has been made an Honoured Friend of the Liverpool Institute of Performing Arts (LIPA). He was presented with the award by Sir Paul McCartney at a ceremony held on the 26th July 2019 at the Philharmonic Hall, Liverpool, United Kingdom.

When making the award, Mark Featherstone-Witty of LIPA said, 'Cliff is our Honoured Friend. This rather special award is given to people who have been generous '¦'¦.without a hint of expecting anything in return. So Cliff for this award you are an exemplar!.......Putting something back is part of your psyche'¦'¦.You are a hero and it is good to know there are people like you in the world and even better, associated with us!'

Founded in 1968, Orange Amplification was born from Cliff's love of music and skill as an electronics designer. The company is famous for its British made AD and Rockerverb series and the introduction of the groundbreaking Terror, Crush and Crush Pro series. Many of the world's greatest guitarists and bassists love and use Orange's iconic amps including Jimmy Page, Stevie Wonder, Foals, Oasis, Mastodon, Madonna, Jim Root, Billy Gibbons, Geddy Lee, Glenn Hughes, Orianthi and Marcus King to name but a few.

LIPA was co-founded by Paul McCartney and Mark Featherstone-Witty in 1996. Today, LIPA is a university-level provider of world class teaching for performers of all genres. Earlier this year, five LIPA graduates made it into Stage's list of the 100 Most Influential People Working in UK Theatre.

Cliff and Orange started working with LIPA more than fifteen years ago when he purchased the Beatles Museum from Wembley PLC. When he sold the museum to Liverpool Council it had more than doubled in size. 'I am extremely proud to receive this award, especially as it came as a complete surprise and from such a distinguished Institution' said Cliff commenting on his award. 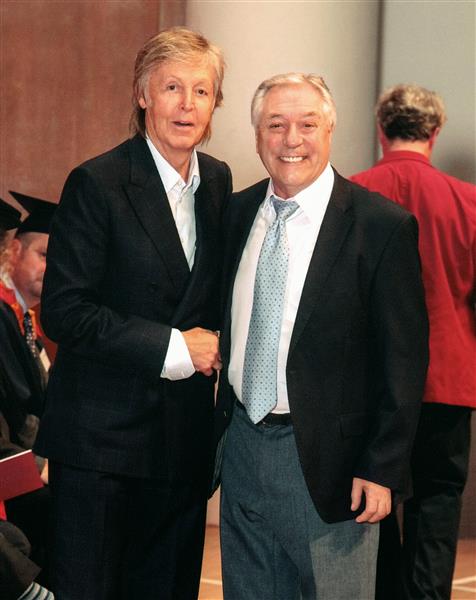