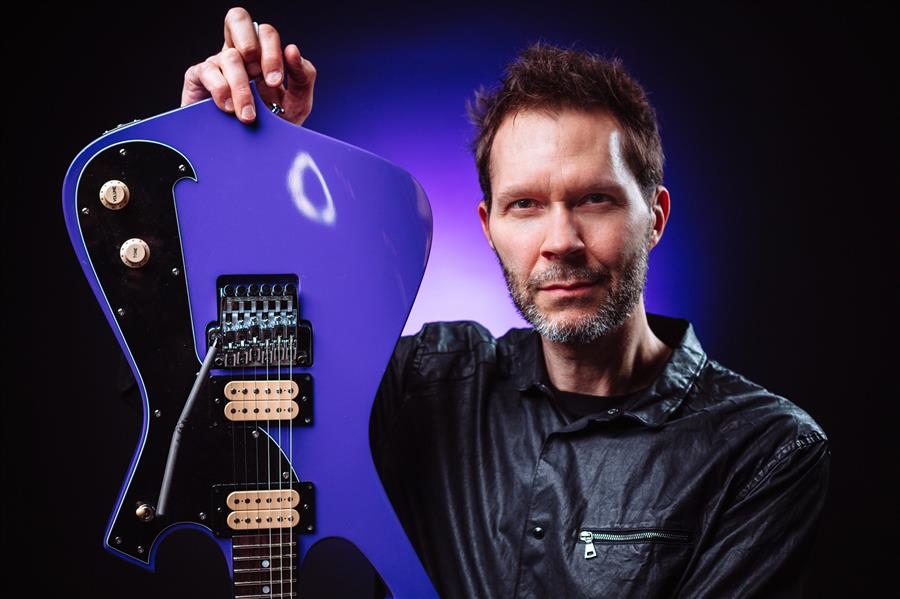 Check out the video for “Havin It"

On May 17th, Music Theories will release Behold Electric Guitar, Paul Gilbert's newest album with 12 new original songs, all with Paul's most expressive, and inspired guitar playing to date!

Paul comments on Havin’ It: "I finally wrote a song with long guitar solos! It took me decades to stretch beyond my pop song structure habits, and it feels great to be FREE, and just play, and play, and play. The song still has melodies and themes, and those were inspired by the idea that when you have something good... You still want MORE. Havin' it... don't make me stop wantin' it!"

After his recent move to Portland, Oregon, Paul set out to connect with the best and grooviest musicians in the area, and record an album in his brand new hometown. Brian Foxworth (drums) and Asher Fulero (keyboards) were both obvious choices to play Paul's mix of rock, blues, jazz, and pop flavors. When Paul's regular Portland bassist Kelly Lemieux was unavailable (due to his touring with Buckcherry), Paul reached out to New Orleans bass legend, Roland Guerin. Roland came to Portland weeks before the recording dates for intense rehearsing and arranging sessions.

With the band complete, Paul enlisted legendary producer and engineer John Cuniberti. John is well known for his work with Joe Satriani, but Paul was primarily interested in John's expertise with "one mic" recording. Paul explains, "It's so easy to make albums with overdubbing and editing these days, but I really prefer playing live and just getting the music to sound right because the musicians, the songs, and the performances are good." After hearing Paul's band, John recommended a few more mics, but still agreed that the music worked best as live performances with no overdubs. "There is not one overdub on the record. Everything you hear is four guys jamming, listening to each other, and making room for each other. The music almost mixes itself that way! And it's just a great mindset to have. When you know that you won't be fixing or adding parts later... It keeps your mind very active to get things right!"

Paul’s extensive tour schedule will bring him to Europe and the US and the dates can be found here: http://www.paulgilbert.com/tour