Ozzy Osbourne Makes It Clear "The End" Will be The End 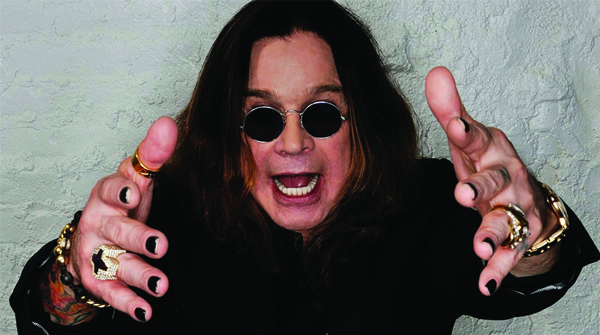 The farewell tour angle has become somewhat tedious over the last 10 years or so, with bands having returned not long after their "final" date took place and some even amassing multiple farewell treks.

But it would seem that Black Sabbath, and Ozzy in particular, are in no doubt that "The End" will indeed conclude the group's touring days for good.

Speaking with NOLA.com, Ozzy made clear (via LoudWire):

“It’s the end of Sabbath, believe me. In December, I’ll be f–ckin’ 68 and I think it’s time to call it the end of the day. I’m not saying I won’t get on stage with Geezer [Butler] or Tony [Iommi] or any of them some time, but officially we’re going to be done.” Adding to this, he went on to say, “I don’t want it to dwindle and dwindle and play just for the sake of making another f–ckin’ sack full of cash. So it’s time, and then I’ll go back to doing my own thing.”

Ozzy's comments come after guitarist Tony Iommi stated in September this will be his final tour, citing his battle with lymphoma as the main reason.

In an interview with Birmingham Mail Iommi said:

“I can’t actually do this anymore. My body won’t take it much more. I don’t want [the cancer] creeping back again, and all the traveling involved in Sabbath tours increasingly takes its toll. That’s why we’re going out on one last tour, to say our farewells. And then it very definitely is the end. We won’t be doing it again.”

In related news Black Sabbath has released details regarding a second North American leg of their farewell tour, which can be found below.