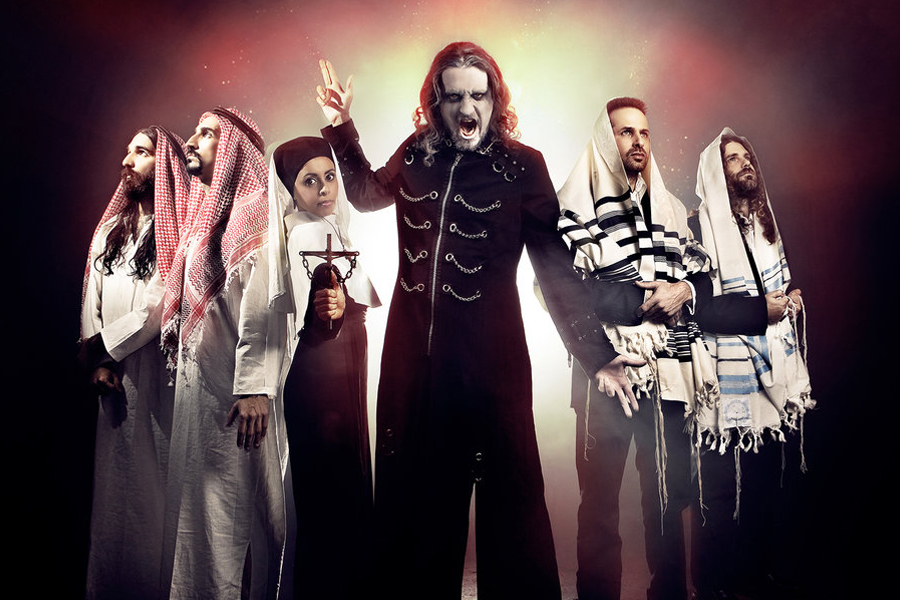 The album, which will be titled ‘Unsung Prophets And Dead Messiahs’, is mostly recorded and has been sent, once again, to Jens Bogren who will take over mixing and mastering duties of what is to be destined to become the band’s best and biggest production so far.

‘Unsung Prophets And Dead Messiahs’ will feature a guest appearance from guitar virtuoso Steve Hackett and more special additions will be announced soon.

“Hails from the recording studio! We are so thrilled and impatient for you all to hear 'Unsung Prophets And Dead Messiahs'. I wish to inform our old-school fans, growls are back, as well as killer melodies that will break your hearts! On a personal note, It's such a great feeling after a career of 25 years to know that we are still at our bests by all means. Prepare for something strong! Count the days with us till Jan 26, 2018!”

Following the release of “Unsung Prophets And Dead Messiahs”, Orphaned Land will embark on an extensive European Tour throughout early 2018. Prior to this, the band will be seen touring North America later this year surrounding their featured set at the prestigious ProgPower USA Festival in Atlanta, Georgia.

In related news Orphaned Land recently celebrated their 25th year anniversary with a digital compilation featuring special versions of some of their most popular songs and previously unreleased material titled, 'Orphaned Land & Friends'.