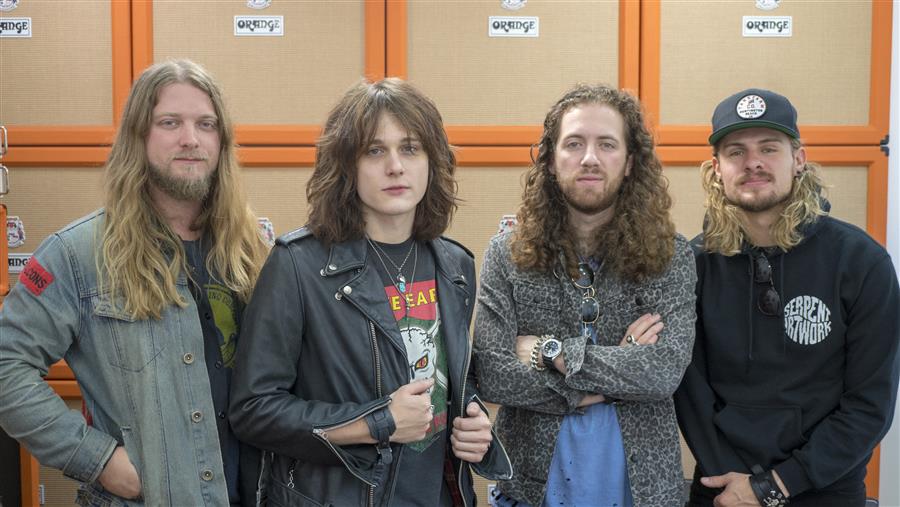 The distinctive British tones of Orange Amplification are coveted across the globe. Musical groups including Grateful Dead, Tyler Bryant and The Shakedown, and Marcus King Band, are delighted to join the prestigious ranks of Orange Ambassadors.

Tyler Bryant and the Shakedown band are known for their electrifying classic rock revivalism and have performed alongside AC DC, Aerosmith, B.B. King, Eric Clapton, Jeff Beck and  ZZ Top. They are currently supporting Guns N’ Roses on the Not In This Lifetime world tour. Orange recently caught up with the band and you can see front man and killer guitarist, Tyler Bryant talking about his Rockerverb MKIII 100

Fellow band mate and guitarist, the fleet fingered Graham Whitford uses a Dual Dark 50 which you can see here and the bands talented bassist Noah Denney
talks about his AD200 MK3

Also, joining Orange’s highly respected list of Ambassadors is guitar phenomenon Marcus King and fellow band mate, bassist Stephen Campbell,of the Marcus King Band. Marcus is poised to be one of music’s great guitarists; with his remarkable virtuoso talent, he can play blues, rock, R&B, country, soul and more. So he and the Rockerverb MKIII and PPC412 cabinet are ideally suited. Meanwhile Stephen is using Orange AD200 MK3 with OBC810 cabinet to hold down the bands sweet groove. The Marcus King Band is currently touring across the USA.

Another new Ambassador, Bob Weir is appreciating the sounds of his Orange Rocker 15. He describes it as ‘a fun, really flexible little amp for low-volume situations like playin’ electric along with acoustic instruments….’. Bob has been described as the harmonic engine of the Grateful Dead and Dead & Company, with his original ability to make the guitar sound huge. He is currently touring with Dead & Company across the USA.

Whether it’s rock, blues psychedelia, Americana, folk or other music genre, Orange Amplification’s clean sounds will appeal to guitarists and bassists alike. To find out more about Orange’s Ambassadors and the gear they use please go to  https://orangeamps.com/