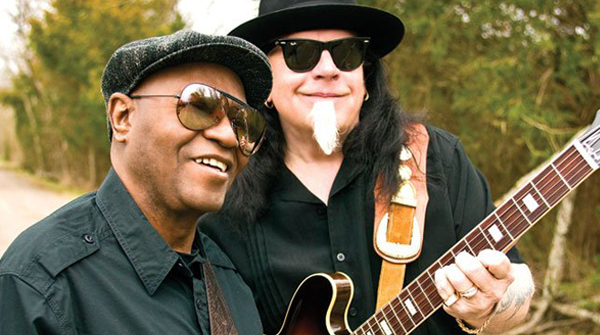 Acclaimed guitarist Smokin' Joe Kubek passed away yesterday while on tour in South Carolina. He was 58.

There's no question why he was given the nickname "Smokin’."  He was one of the hottest electric guitar players on the blues scene, with the technique and the chops to burn up any stage. Kubek was born in Grove City, Pennsylvania in 1956 but grew up in Irving, Texas. He was leading his own bands and gigging in clubs all around Dallas when he was a teenager.  By the time he was 19, he was backing many famous blues players in the area, including playing rhythm guitar behind legend Freddie King for a while, until King's death in December 1976.

Kubek next worked with R&B singer Al "TNT" Braggs and made a host of new friends, including Albert King, Stevie Ray Vaughan (with whom Kubek became close), B.B. King and many other blues icons.

Kubek didn't hit his stride, however, until he teamed up with jazz guitarist and singer Bnois King (no relation to Freddie) of Monroe, Louisiana, in 1989.  They developed into a dynamic musical tour de force, one of the most talented guitar tandems in any genre, who thrilled music fans all around the world with their red-hot Texas rockin' blues for twenty-six years.  Beginning in 1991 they released a number of highly-acclaimed recordings, their most recent being Fat Man's Shine Parlor, released earlier this year on Blind Pig Records.

Label President Edward Chmelewski said, "Joe was truly one of the good guys, a humble, kind person and an immensely gifted musician. It's a great loss for all of us.  We feel privileged to have known him and documented his music."

Label co-founder Jerry Del Giudice added, "He was one of the best guitarists I ever worked with.  His playing was flawless and soulful.  I not only considered him an excellent guitarist, but also a friend. He will be sorely missed."

Blind Pig publicist Debra Regur, who's worked with Kubek since 2003, said, "It is with such great sorrow that I write these words for my dear friend. Joe was an amazing guitar player, producer, and more importantly - a great friend. Joe was an inspiration to all that met him. He always had a positive outlook on life. He played every note with passion - there will never be another like Joe."