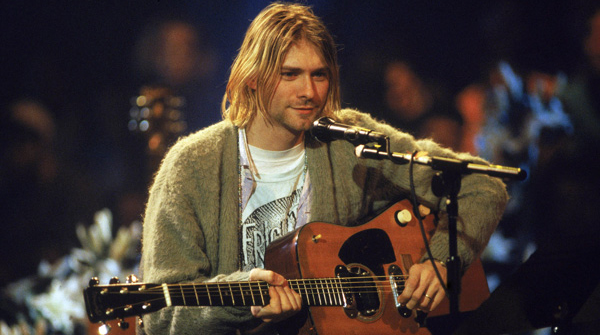 Nirvana's famed MTV Unplugged performance is possibly the most memorable of the Unplugged shows, with the grunge icons choosing to perform lesser known material and covers for the set.

The show first aired on December 14th 1993, however, following Cobain's untimely death the year after the performance was played throughout 1994 as a tribute to the guitarist.

Now 20 years on previously unseen footage of Kurt and co rehearsing prior to the set has surfaced online.

The 22 minute clip captures Cobain at his most "difficult' best, cutting the sound engineer no slack whatsoever, as well as the band's cover of 'The Man Who Sold The World'.

According to Cobain biographer Charles Cross, “There was no joking, no smiles, no fun coming from him.”

“We’d seen the other Unpluggeds and didn’t like many of them,” Dave Grohl said, “because most bands would treat them like rock shows … except with acoustic guitars.”

See the video below.