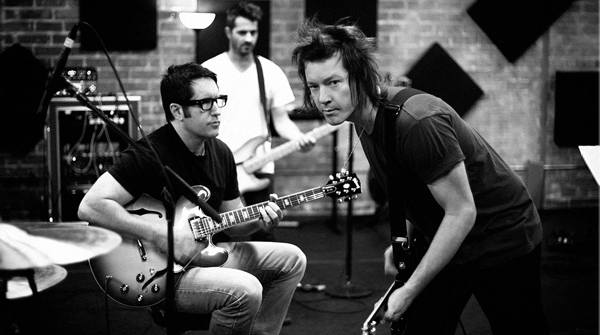 Over the last month or so there seems to haven been an announcement regarding the much anticipated Nine Inch Nails comeback album, Hesitation Marks every few days.

However last week the Trent Reznor led outfit made their 8th studio album available for streaming, nearly a week before it’s officially released.

The 14-track edition of ‘Hesitation Marks’ is still available for streaming via iTunes. Although fans will have to wait until Sept. 3 to experience the full 18-track deluxe version, which also includes a 42-minute conversation with NIN mastermind Reznor.

“I’ve learned to recognize, a lot of it forced through the process of recovery that I’m wired wrong in certain ways, the chemical balance of my brain is off in terms of depression a little bit,” Reznor recently told The Guardian.

“This record was written as the other side of that journey. The despair and loneliness and rage and isolation and the not-fitting-in aspect that still is in me, but I can express that in a way that feels more appropriate to who I am now. And often that rage is quieter.”

In related news Nine Inch Nails have released the first part of a new documentary detailing their comeback tour online. The 13-minute-clip is the first of a series of short films which chronicles the band's return to music - scroll down to the bottom of the page and click to watch.