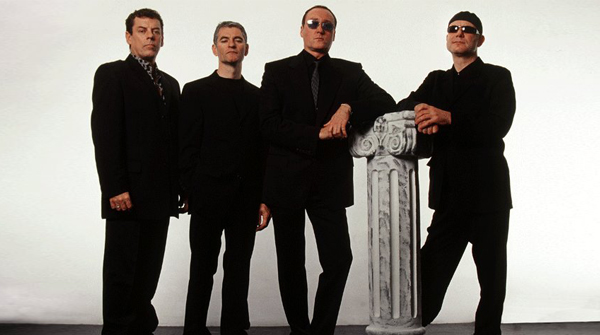 To mark the re-release of their two critically acclaimed A&M studio albums from the 1980s, Nine Below Zero have reformed their classic 'Young Ones' line-up for a special UK tour this autumn.

Nine Below Zero tour with the classic line-up of all four original band members; Dennis Greaves (guitar/vocals), Mark Feltham (harmonica), Mickey ‘Stix’ Burkey (drums) and Brian Bethell (bass). Mickey played live with the band for the first time since the 80s in November 2012 at the 30th Anniversary gig in Islington and now rejoins the band on permanent basis.

Speaking about the tour, front-man Dennis Greaves said “We are only performing songs from the first three albums – Live At The Marquee, Don't Point Your Finger and Third Degree – all of which have now been re-released by Universal.  To be back on tour with all the guys is incredible….the energy, enthusiasm and the magic are back.”

Mickey and Dennis co-wrote many of the songs on Don't Point Your Finger and Third Degree. These two classic albums were re-packaged, re-mastered and released through Universal Music earlier this year. Don't Point Your Finger, originally released in 1981, was Nine Below Zero's second album. Recorded in 12 days at Olympic Sound Studios in Barnes and produced by the legendary Glyn Johns.

Dennis says, "We were walking in the footsteps of some of the all-time greats. Led Zeppelin's first album was recorded there, along with Who's Next and Beggars Banquet by The Stones. It was the most inspiring experience."

The double CD also includes a live performance recorded for BBC Radio One's In Concert series in 1981 at The Granary Club in Bristol . Third Degree, originally released in 1982, included the single '11+11', which was performed on the first episode of cult TV show, The Young Ones. This album spent six weeks in the album chart. David Bailey, renowned photographer of The Beatles, The Stones and the Kray Twins (to name a few), took the photograph for the album front cover artwork.

Nine Below Zero originally recorded Third Degree, again with Glyn Johns, at his studio in Sussex . However, with its raw sound, A&M wanted to hear the record with a more clinical production and the band went on to re-record it with producer Simon Boswell. Now available for the first time, Johns' original recording is on the re-release along with the more familiar version of the album.

“We never had a hit single, but we became a cult band with an almost fanatical following. It will be great for us all to reconnect with the fans” Dennis concludes.