Nick Cave Takes to Twitter to Answer Questions from Fans 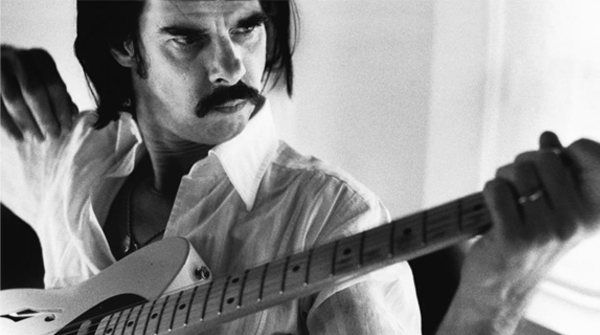 Nick Cave Takes to Twitter to Answer Questions from Fans-

Never the one to mince his words NickCave has spoken about the possibility ofreforming Grinderman in order to perform atthe 2013 Coachella ValleyFestival in April.

The Griderman and Bad Seedsfrontman took to twitter to address fans questions and, when askedif Grinderman would reform, Cave responded:

"Every other shitty band is doing it, why not someone who'sactually good."

During the Twitter Q&A Cave also revealed the track he wasmost proud of was Bad Seeds number 'Jack The Ripper,'which featured on their 1992 album 'HenrysDream.'

"My favourite album is 'Nocturama' mostly because everybodyhates it, someone's gotta look out for it."

A lot of Cave's answers were quite tounge-in-cheek and when askedabout the Wiki reference regarding new track 'We RealCool,' Cave replied:

"I love it (Wikipedia) beyond measure, I'm aWikipediaphile."

He was also asked if was actually as morose in the flesh as hecomes across and responded with:

"you have no fucking idea. Morose? I'm just gettingstarted."

In related news Nick Cave And The Bad Seedsrecently announced details for a 5 date tour of the UK as part of awider European trek. The UK leg will begin with two dates in Londonbeginning on October 26th before finishing up in Edinburgh onNovember 1st.