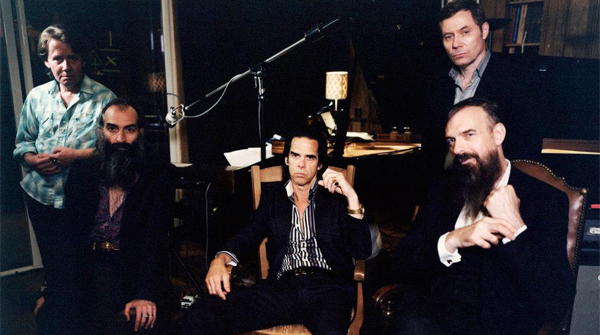 Nick Cave and The Bad Seeds plan to launch their new album 'Push the Sky Away' during a special live show at Her Majesty's Theatre on February 10th, reports NME.

The band will perform the album in full with string section and full choir. The set will then be followed by a short film about the making of the album by Iain Forsyth and Jane Pollard.

The first track from the album 'Jubilee Street' was unveiled recently and can be heard below.

"If I were to use that threadbare metaphor of albums being like children, then 'Push The Sky Away' is the ghost-baby in the incubator and Warren [Ellis]'s loops are its tiny, trembling heartbeat."

'Push The Sky Away' will be released February 18th.