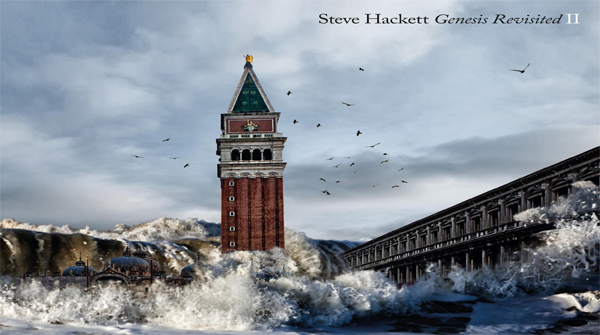 The record features a host of great playersincluding Steve Wilson,Mikael Akerfeldt and NikKershaw and countless others to create an album fullof nostalgia, but also progression. Expect a look back on some ofthe best loved songs from Steve's Genesisyears.

Check the video below to have the man himself tell you all aboutit.

The album 'Genesis Revisited II' isdue for release on the 22nd of October as both a limited edition 2CD media book, and a superb 4 LP and 2 CD version, allowing you toget to grips with the wonderful artwork properly.

Expect Steve to announce an extensive world tour soon, untilthen, check out www.hackettsongs.com to getall details on what Steve is up to.