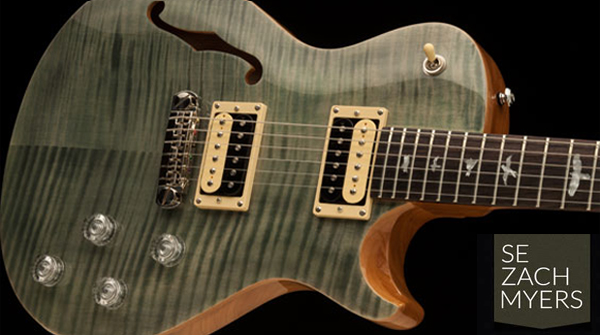 "I’ve been with PRS for 12 years. This is the best guitar I have ever played," – Zach Myers, Shinedown.

Zach Myers, lead guitarist of the multi-platinum rock band Shinedown, picked up a PRS Custom 22 at the age of fifteen and announced his first SE signature model in 2010. As a guitarist who has rocked PRS on the stage and teched for several PRS bands, Myers has an intimate understanding of how a guitar should feel and what the build quality should be. After months of design and conversations with PRS’s SE team, Zach and PRS are pleased to introduce an all-new SE Zach Myers for 2014.