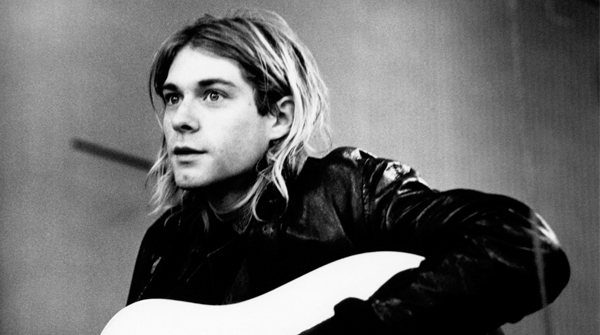 A new documentary set to premier on HBO next year will look at the life and legacy of Nirvana's Kurt Cobain.

Produced by Brett Morgen (Crossfire Hurricane, On The Ropes) and executively produced by Cobain's daughter, Francis, the film Montage Of Heck takes its name from one of Cobain's many mix-tapes, which surfaced online earlier in the month

According to PitchFork, the documentary will be the first "fully authorized" film about the Nirvana frontman.

Speaking about the film, Morgen explained:

"I started work on this project eight years ago. Like most people, when I started, I figured there would be limited amounts of fresh material to unearth. However, once I stepped into Kurt's archive, I discovered over 200 hours of unreleased music and audio, a vast array of art projects (oil paintings, sculptures), countless hours of never-before-seen home movies, and over 4,000 pages of writings that together help paint an intimate portrait of an artist who rarely revealed himself to the media."

Montage Of Heck will feature clips of classic songs by The Beatles, Iron Maiden, Black Sabbath and many more.

The film will debut on HBO and Universal will release the film internationally in 2015.