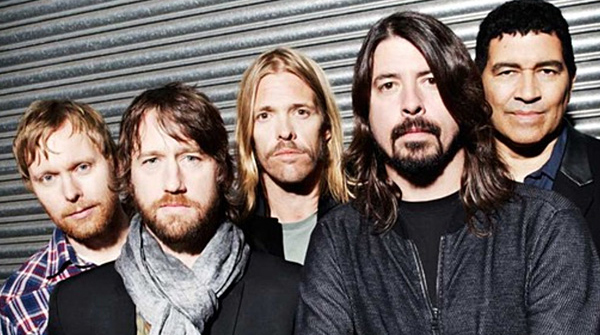 Dave Grohl is offering Foo Fighters fans an exclusive sneak preview of the band's forthcoming record, which is due later this year.

The preview is a part of  sessions filmed for the upcoming Grohl hosted HBO Series which will be screened in sync with the album release.

According to Billboard (via Hennemusic) the Foos travelled to Seattle, Chicago, Austin, Nashville, Los Angeles, New Orleans, New York and Washington, D.C. meeting musicians who have played an important part in their home state's sound and musical heritage.

Grohl then used the many encounters as inspiration to write and record an each track of the album.

"As we were coming down from the success of the last record, I thought, 'Now we have license to get weird,' " says Grohl.

"If we wanted, we could make some crazy, bleak Radiohead record and freak everyone out. Then I thought, 'F- that.' "

The aim of the album, according to the frontman, is to make "stadium anthems that startle" rather than just "banging out these big choruses, because that's what we do, we're banging them out in the middle of instrumental sections that will take you by surprise," he says. "The music is a progression or an evolution, for sure, but it's a Foo Fighters record."

The HBO TV Series will premiere on the band's 20th Anniversary.