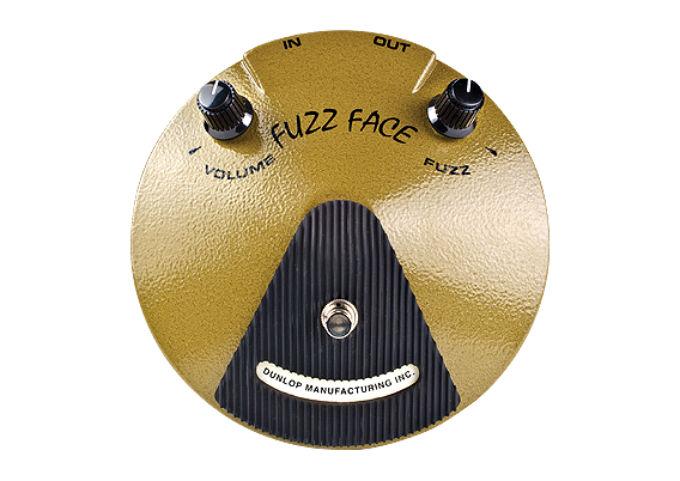 Fresh back from MusikMesse, this was one of the products we were most excited about. Eric has been a classic Fuzz Face user for many years, now he has his own signature version which he has developed with Dunlop. Here's what they say about it and watch Eric's video:

No one cares more about tone than Eric Johnson, and his choice for getting sweet, singing lead tones is the Eric Johnson Signature Fuzz Face. EJ worked closely with Fuzz Face guru Jeorge Tripps to create his signature pedal. It is inspired by EJ's prized personal Fuzz Faces and is built to his incredibly strict specifications, featuring hand-selected BC183 silicon transistors (for higher gain), custom repro '68-'69 knobs, and a vintage-style hammertone finish. The result: a beautifully dynamic, expressive, and powerful pedal. "I first heard the Fuzz Face when I was about 12 and loved playing through it," he says. "It's the classic tone used by Jimi Hendrix, one of my greatest influences. No other pedal gets this type of sound. It's the pinnacle of psychedelic fuzz."

....and for our U.S. readers, you have the chance to win one of these along with an Eric Johnson Signature Stratocaster:

To celebrate the release of Eric Johnson's Signature Fuzz Face pedal, Dunlop has teamed up with Fender to offer this amazing prize package.