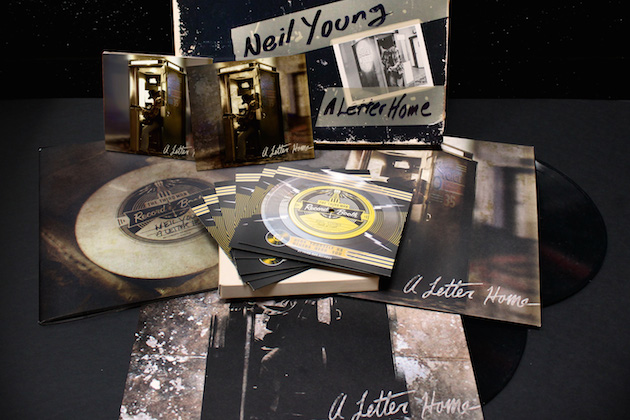 The recently released "A Letter Home" by Neil Young has been expanded into a full box set release.

The vinyl release of Young's latest record, which features acoustic covers of Bob Dylan's "Girl From The North Country" and Willie Nelson's "On The Road Again", was originally available as part of this year's Record Store Day.

Young has also released a music video for his cover of Bert Jansch's "Needle of Death" which features the iconic Voice-O-Graph recording booth in action.