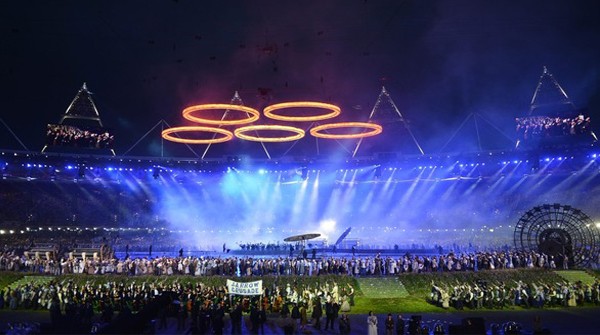 American music fans who tuned into the London 2012 Olympic OpeningCeremony were left outraged after NBC decided to cut a number ofkey music segments from proceedings.

Our cousins across the pond were subjected to relentless adbreaks at poignant moments, such as  Emeli Sande's version of'Abide With Me', which was sung in tribute to the victims of theLondon July 7 bombings in 2005. The US television network also cutArctic Monkeys performance of break-out track 'I Bet You Look Good'as well as the segment which featured Sex Pistols' track 'PrettyVacant.'  Frank Turner's performance in the prologue were alsocut.

In all, 22 ad breaks were placed into the four hour long Openingspectacle. It is understood NBC is tape-delaying events in order togain lucrative, prime-time viewing at night.

"Our program is tailored for the U.S. television audience," saidNBC Sports spokesman Greg Hughes. "It's a credit to [ceremonydirector] Danny Boyle that it required so little editing."

NBC is taking hits for other aspects of its Olympic coverage aswell.