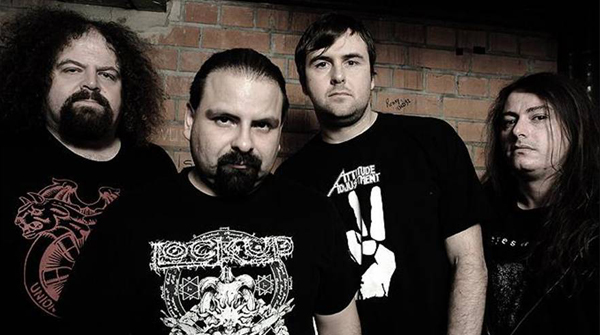 Napalm Death have been forced to cancel theirVictoria and Albert Museum showover concerns of the buildings structural resilience.

The death-metal set were due to perform at the V&A Museum inSouth Kensington tomorrow (22nd March) for a one off experimentalperformance in collaboration with artist Keith Harrison, who is aresident ceramic artist at the V&A in South Kensington.

Before the concert was cancelled, NapalmDeath's frontman, Mark "Barney"Greenway, said he was looking forward to it.

"Sound as a weapon - or a weapon of change - is a veryinteresting concept and I think that the whole process of our soundgradually degrading clay sculptures is captivating,"

A spokesperson from the V&A said the concert was cancelled"with regret".

"This was due to take place in the Europe Galleries whichare currently being refurbished and a further safety inspection hasrevealed concerns that the high level of decibels generated by theperformance would damage the historic fabric of thebuilding."

"The safety of our visitors and building remains ourpriority at all times," they added.