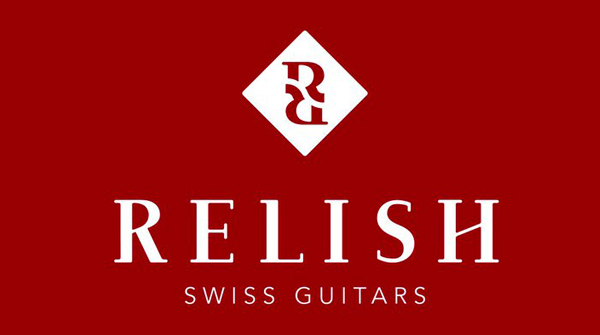 After three years in the research and development stage the company’s joint-owners, Silvan Kung and Pirmin Giger, who call themselves The Relish Brothers, came up with the Jane model and are launching a new guitar called Mary at the NAMM show in January.

The secret of Relish Guitars’ unique sound and the extensive sustain lies in the combination of materials and construction.

The bodies of the guitars are a sandwich. The middle layer is made out of one piece of aluminium while the back and the front are made out of moulded wood veneer. The maple neck is covered with a bamboo fretboard.

Among the cutting edge design features are the LED illuminated touch sensor pick-up selectors, which turn the pickups on and off.

Relish will launch a new model called Mary at the NAMM show (21st-24th January 2016). Part of the guitar’s unique new design is that you can access the inside of the guitar - with no need to remove any screws - just by opening the back-lid to get to the electronics, which you then can easy adapt and customise. Changing the pick-ups is just a question of lifting them out and swapping them over. The three layer construction is fixed by powerful magnets.

As well as existing model Jane, and the launch of the new Mary model, Relish will also have more exciting new lines to present at NAMM. Be the first to see the new Relish guitars in Basement Hall E.

For more information on Relish Guitars.