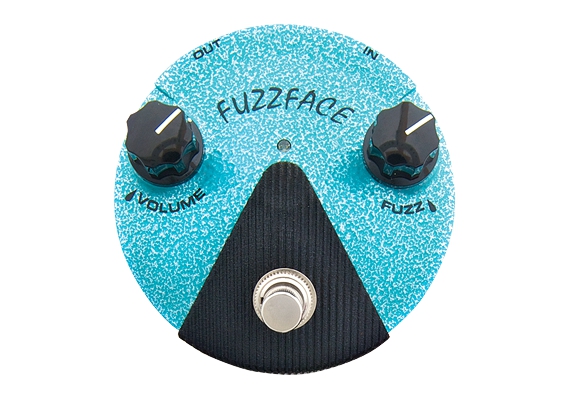 Dunlop has announced the release of four new pedals atNAMM 2013. A Talk Box with its own amp and speaker driver and threedifferent Fuzz Face Mini models. The Germanium, Silicon, andHendrix.

PRESS RELEASE - The Talk Box is a classiceffect-you can hear it on some of the greatest songs ever recorded,across genres and time, from funk and '70s rock to hard rock andmetal. Its unique, highly expressive character is instantlyrecognizable.

The MXR team has fine-tuned the Talk Box for modern giggingconvenience and tone sculpting while maintaining the unmistakablesonic character that made the effect legendary. With its own ampand speaker driver, the MXR Talk Box is compact andpedalboard-friendly-you don't have to lug around a separate rig orpatch into your amp's speaker output. And with Volume, Tone andGain controls, you can shape and add texture to your Talk Box voicefor maximum impact.

Like all MXR pedals, the MXR Talk Box is built into a sturdy,road-ready housing to endure the rigors of the road. Includes an18-volt power supply, an 8' surgical tube and a mic standclip.

The FFM1 Silicon Fuzz Face Mini isspec'd from a 1970 Fuzz Face in our own collection prized for itsbright and aggressive Fuzz Face sound delivered by its matchedBC108 silicon transistors.