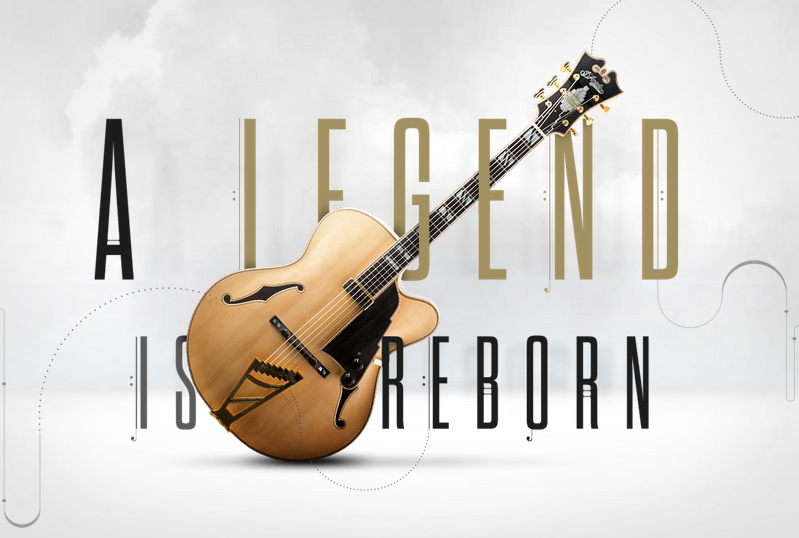 New York, NY (January 16, 2013) -D'Angelico Guitars will expand its popular line of authorizedarchtop reissues in 2013 with the introduction of four new Standardreissues, a D'Angelico bass and an exclusive, limited edition USAMasterbuilt Series. The new models will debut at NAMM (Booth2882).

The limited run USA Masterbuilt Series is being built forD'Angelico by Premier Builders Guild (PBG), under the direction ofPBG Chief Master Builder Gene Baker and Senior Master Builder ArtEsparza, at the PBG guitar workshop in Arroyo Grande, California.The first reissue in the series is the 1943 D'Angelico Excel. Basedon extensive research that began with MRI's of the original, the1943 Excel Reissue is an authentic update enhanced by modernhardware and appointments. It is available in Acoustic Burst andElectric Burst. MAP ranges between $9,000 and $10,000.

While the USA Masterbuilt Series will be officially launched atNAMM, the initial run of ten guitars sold out during a short NAMMpresell window. A second run of ten guitars is in process. Theinitial guitar in the series will be presented to contemporaryguitarist and New York Yankee great Bernie Williams at NAMM onThursday, January 24th at 1 PM in the D'Angelico booth (2882).D'Angelico plans to launch a signature Bernie Williams D'Angelicoreissue later in 2013.

"We've operated under the radar, working hard to develop asuccessful line of reissues that delivers D'Angelico magic for anaccessible price," said Brenden Cohen, D'Angelico Guitars CEO."Having built that foundation, we believe that 2013 is the righttime to expand the Standard Series and to launch the USAMasterbuilt Series."