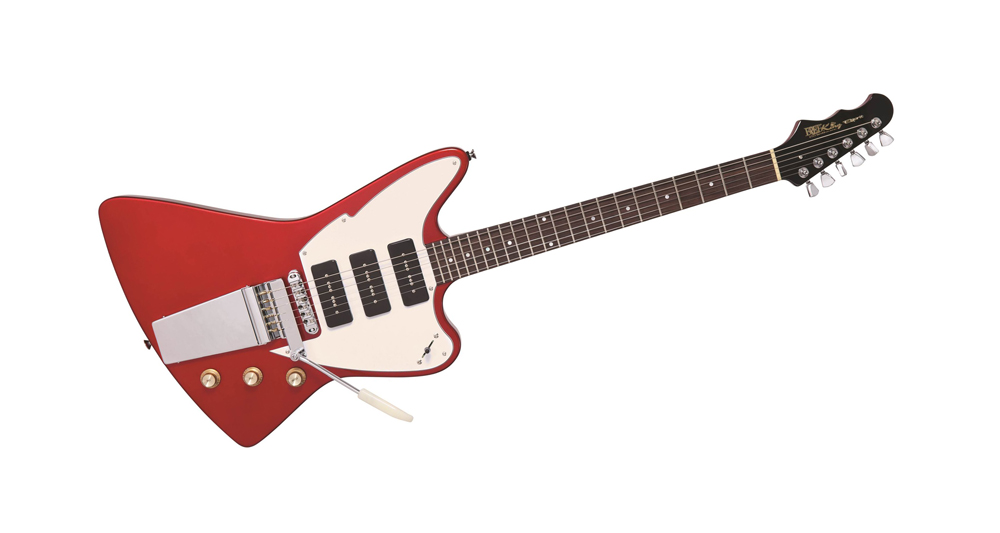 Worldwide trade distributor JHS heads to Musikmesse 2013 to give an exclusive European unveiling to a host of new Fret-King Black Label guitars, with designer Trev Wilkinson on hand to explain his latest creations.

Also on display is a brand new pair of of Trev's one-off, hand-built Fret-King Stvdio instruments, in the form of a matching Country Squire guitar and bass.

New Black Label standard models on display in Europe for the first time include the offset Ventura, and four flavours of the much-loved Esprit: the Esprit bass - which features a brand new, groundbreaking Wilkinson Platinum Series pickup - and three different six-strings, with a choice of one stacked P90, two humbuckers, or three stacked P90 pickups.

Vintage guitars (which also have Trev's stamp of authority on them) are represented by the successful ReIssued and ICON electric lines, as well as basses and acoustics. Notable models include a Graham Oliver signature electric - based on the founding Saxon guitarist's long-time staple - and a Deluxe version of the award-winning Gordon Giltrap signature acoustic model.

Always a head turner and a huge draw, the beautifully distressed Vintage ICON V52MRBS is in town to showcase just why a host of studio players from Nashville's legendary Grand Ole Opry show have chosen it to deliver their trademark country licks.

As usual, the JHS booth is stacked full of other top brands, from the Encore line of electrics through to the classic tones of Santos Martinez and the folk instruments of Pilgrim by Vintage and Laka by Vintage. A bit of colour is added by the quirky SpongeBob SquarePants Real Musical Instruments line, and guitar guru Trev Wilkinson will be on hand to explain his latest creations and offer sage industry advice.