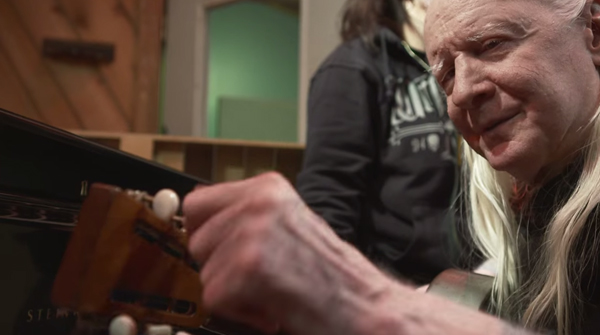 The video for "Death Letter", which features on Winter's final album, Step Back, was directed by Greg Olliver and serves as a touching tribute to the life and musical legacy of Johnny.

The footage opens at Carriage House Studios in Stamford with Winter setting up a mic and and slipping on a slide before beginning the classic Son House tune. As the video progresses we see what Winter's life on the road was like as he greets fans, signs autographs and performs around the globe.

Johnny Winter died on July 16 earlier this year at the age of 70.