Mudhoney to Release New Album in 2013 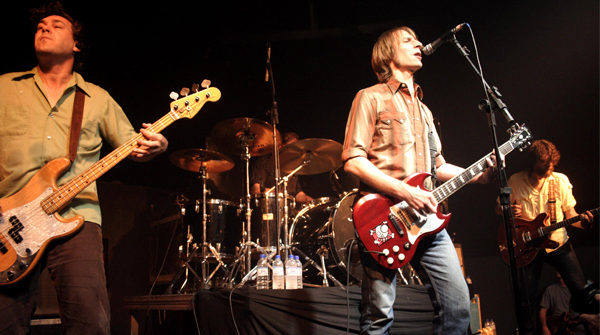 The new LP, which will be the follow-up to 2008's 'TheLucky Ones' and titled 'Vanishing Point'will be released on 2nd April 2013.

"We amassed a pile of riffs and ideas, and I went throughthem and tried to come up with words that suited them. Prettyexciting."

He goes on to explain how the forthcoming album was producedwith the stage in mind:

"This is a record. In many ways our focus is liveperformance because that's what we do more often than we record,but there are a lot of people whom we won't get to play for, whomight only be able to pick up the record. So if something serves asong in the studio, we might as well go for it. We're not going tobring around a guy on tour to play clavinet or synthesizer on justone song. Now, if we only knew someone who could playboth."

Mark also reveals in the interview that the Seattle soundveterans have tentative plans to tour Europe in late May and earlyJune of next year, with the possibility of one-off shows in the USshould their schedule permit.