Mr. Big Confirm Details of New Album "...The Stories We Could Tell" 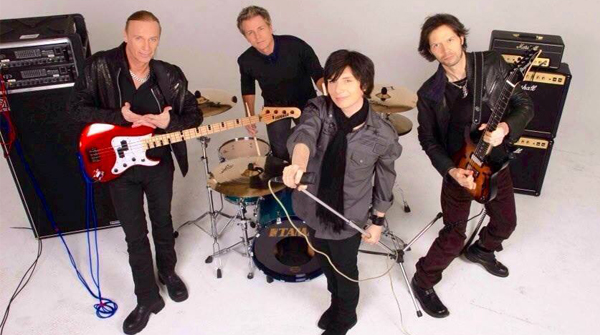 Original hard-rock supergroup, Mr.Big, will return with their eighth studio album entitled," …The Stories We Could Tell", on 22nd/23rd September via via Frontiers Music Srl.

"This new album rocks,” says Paul Gilbert. “I love playing guitar, singing, and writing with Eric, Billy, and Pat. And after 25 years, I'm proud that we can make an album that is melodic, powerful, interesting, groovy, and emotional."

"We wrote songs individually and collectively on this new record," says Eric Martin.

"To me this is the album that we’ve threatened to make decades ago. A classic, groovin', blues-rock record with the spirit and spark of our rock and soul idols from the 70’s. Hells to the yeah it’s a Mr. Big album complete with all the trimmings. I think whether you've been with us from the beginning or just starting, you’re going to dig where we are coming from and where we’ve been."

The original line-up of Eric Martin, Paul Gilbert, Billy Sheehan and Pat Torpey are back with some of their most powerful material to date.

" …The Stories We Could Tell" is the follow-up to the 2011 release “What If,” that marked the band’s return to their signature hard rock sound.

The new album is available for pre-order via Amazon UK.

"…The Stories We Could Tell"