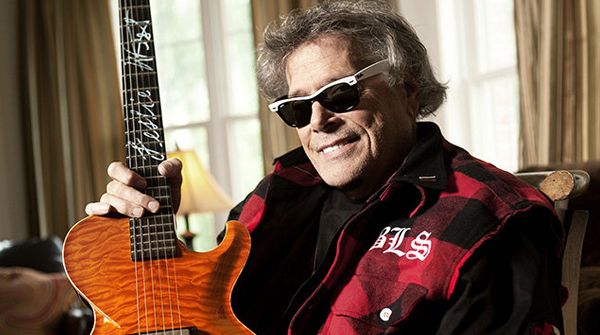 West's new album, which features some huge guest appearances from Brian May, Max Middleton, Bonnie Bramlett, Peter Frampton and the late Cream bassist Jack Bruce, can be heard in its entirety via The Blues.

“I am thrilled with how this came out,” West says, on Mountain’s official site.

“Other guests are on as well, but that will come in a little while. I am excited for the sound on this; it’s extraordinary, if I do say so myself.”

On the title of the new record, the NY guitar legend said:

“The reason I call this album Soundcheck? I used to hate soundchecks. It was the most painful part of my day. “With my partner Felix Pappalardi, if we did a soundcheck we’d have to do half a show. One of his, one of mine... and we both sang. I got so pissed off one day I just knocked the monitor off stage.”

“I like doing soundchecks now, because he’s not around to bust my balls. I just want my guitar to sound good.”

The new record will also mark Leslie West’s first solo project since 2013’s Still Climbing and the first since losing a leg due to complications with diabetes.

Soundcheck will be released on November 30 via Provogue/Mascot Label Group.>Leslie West - Soundcheck