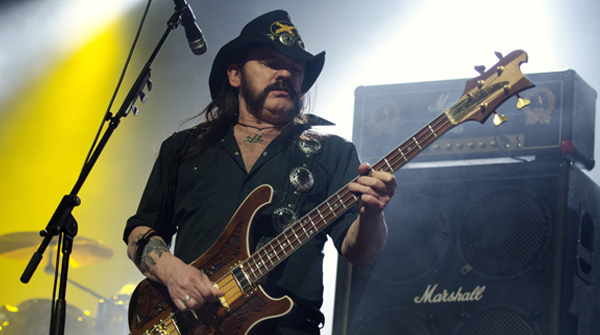 At the 2013 Metal Hammer Golden Gods Awards next Monday(17th June) Motorhead are set receive one of theceremonies most esteemed accolades, the Golden God Award.

The Golden God award recognises those who have significantlycontributed, shaped, innovated and inspired the world of rock andmetal.

Motorhead will follow previous Golden Godwinners such as Marilyn Manson, RobZombie and Iron Maiden and will also goonto perform the closing set of this year's awards.

The Metal Hammer Golden Gods Awards 2013 take placeMonday June 17 at the London Indigo2and features sets from MotÃ¶rhead,Airbourne, Five Finger DeathPunch, Coal Chamber and ParadiseLost and will be streaming live for the first timeever via Playstation!

For full details on the event, head here.