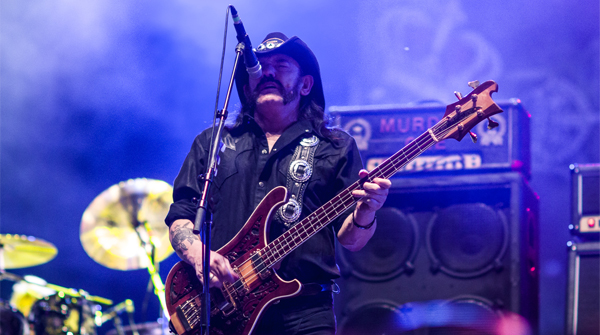 Motorhead veteran Lemmy has thanked the band's fans for their understanding and ongoing support following the band's recent cancellation of their remaining European tour dates.

Lemmy and co were forced to cancel a handful of festival dates after the bass legend suffered a haematoma.

In an official statement the band said:

"Motorhead deeply regret to disappoint all fans this summer. Doctors strongly advised that Lemmy needs to take his time to get his body back in balance.

"To achieve this, the doctor and Lemmy agreed it would be best to take it easy for a while. We can assure that the fall tour will be as explosive, loud and incredible as ever."

"I'd like to thank everyone who's wished me well. It was a tough decision for me, as I don't like to disappoint the fans - especially in times when the economy is band and people spend their money to see us.

"But sometimes you can't do anything else than following doctor's orders.

"Be sure: we will be back to kick everybody's ass."