Motorhead's Final Tour to be Features on New Live Album, "Clean Your C 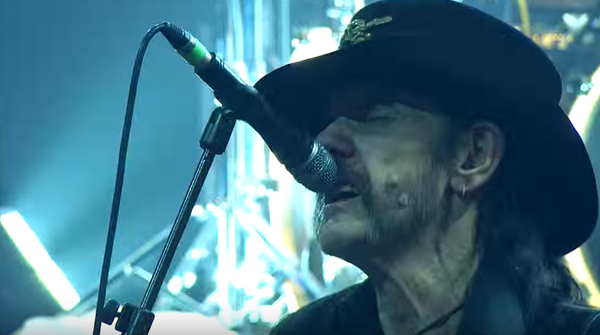 As a preview to the forthcoming live package "Clean Your Clock", Motorhead have premiered footage of 1979 track "Overkill" which first appeared on  the band's second album of the same name.

The track is the third to be issued prior to the live release following the release of "Bomber" and "When The Sky Comes Looking For You."

"Clean Your Clock" will be released on June 10th and will feature the metal legends performance at the Zenith, Munich last November which turned out to be their final tour as Lemmy Kilmister passed away a few months later on December 28th.

The upcoming live package will be released in a number of formats such as Blu-ray/CD and DVD/CD packages, CD, vinyl, digital download and two box-set options.

In related news via Hennemuisc, surviving members Phil Campbell and Mikkey Dee will perform with fellow metal stalwarts, Saxon, for a one off set which will include a medley of Motorhead and Saxon classics at this year's Metal Hammer Golden God Awards in London on June 13th.