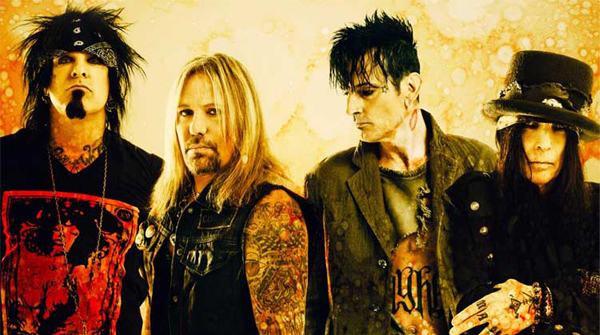 As Motley Crue look to reign in their 20 year plus career as a live touring band, frontman Vince Neil has stated that "the only likely chance" of the Crue reforming would be as part of their Rock and Roll Hall of Fame induction - if they were to ever receive the honour.

Back in January 2014, all four members of the Crue agreed to sign a Cessation of Touring Agreement which prevents them from touring beyond 2015.

"Everybody keeps coming up with these loopholes for us to get back together and play again" said Neil.

"So, this Arabian prince is throwing a party; how much money is it gonna take?' It's not about that, you know? I think if we got in the Rock and Roll Hall of Fame, that's probably the only way we'd get back together and play."

"When we made the decision a lot of people were scratching their heads, going, 'There's more money to be made!' I'm like, 'You mean there's more commissions for you to make?' When is the right time for a band to walk away?"

Motley Crue will call time on a storied live career with a trio of dates at the Staples Center at the end of the year.