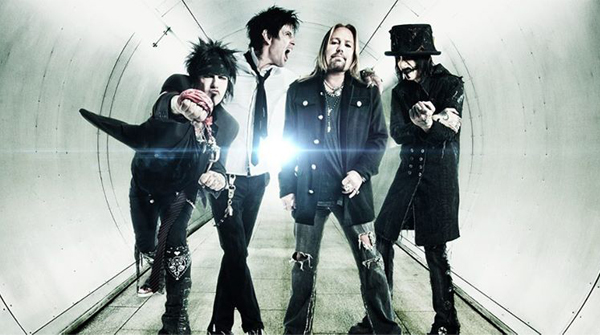 It's been some time coming, with rumours of the band calling it quits long before the official announcement.

However hearing the words "final song" emanate from the Motley camp, and especially from producer, James Michael, makes it seem more final.

According to Michael, who is also vocalist for SIXX:AM, the hard rock stalwarts are working on their final song, he said:

"As we know, the Crue is getting ready to hang it up. And we discussed for a while doing a final song,"

Michael was speaking the Revolver Golden Gods Awards in Los Angeles on Wednesday.

"And that's a tall order. There was a lot of pressure on us to make sure that we did it right and that we celebrated everything that they were known for. So I think we've done it. I'm actually tracking drums with Tommy [Lee] tomorrow. And it's an outstanding song. I think it's gonna be an absolutely amazing way to go out swinging."

In related news guitar elder Mick Mars confirmed the band will release a new single for the launch of their farewell tour.

"I just wrote a new song with Nikki [Sixx], and we're gonna be finishing it up, like, within the next couple of months,”
Mars told Eddie Trunk during the March 3 edition of "Trunk Nation" on SiriusXM's Hair Nation.

“There'll be a new single [released in time for the upcoming tour].”

Following more than three decades together, Motley Crue’s “The Final Tour” will kick begin on July 2 with guest Alice Cooper.