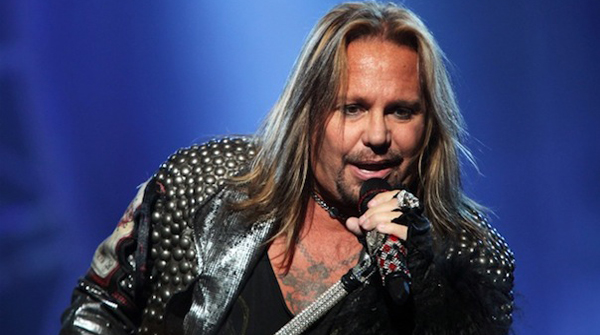 Motley Crue are scheduled to begin their Canadiantour this Saturday kicking off at the South Okanagan Events Centre. SingerVince Neil has sat down with the Toronto Sun prior to the band's extensive tour todiscuss what lies ahead for the hard-rocking veterans.

"We're going to put out some new music next year and then it'sour farewell tour - we'll do the world one more time and then callit a day," says. Neil. "Our farewell tour (will be like) 2014 or'15. Tours last about two years. So to finish the world, you've gotto do the US, Canada, Europe, Asia ... it takes sometime."

Vince also addressed why the band, after more than 30 yearstogether, are calling it a day,

"It's time, that's really it. Do you want to go out on toprather than fading away? And that's it. You know, I'll continue tosing Motley with my solo band and put out solo records and stuffand (bassist) Nikki (Sixx)'s got his radio show and (drummer) Tommy(Lee) wants to be a deejay, and so we'll see whathappens."

The Crue recently announced their return to Las Vegas later thisyear for another 12-show residency at The Joint taking placebetween September 18th and October 6th 2013.