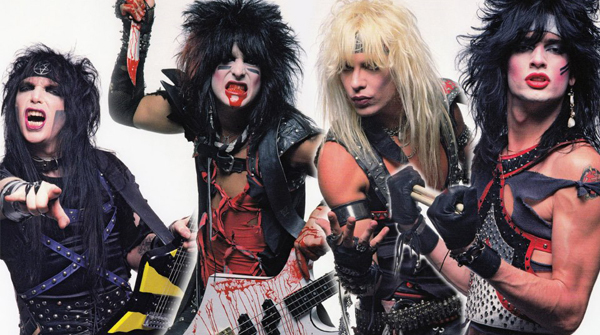 One of the most legendary and iconic rock bands to grace the world's stages, MÃ¶tley CrÃ¼e made their last tour announcement ever today when they revealed which European cities would be included on their Final Tour.

The European dates are part of the band's 2-year 'Final Tour' cycle that will culminate at Staples Center on December 31st in the band's hometown of Los Angeles, CA for their last show ever.

MÃ¶tley CrÃ¼e gave their fans an opportunity to vote which European cities they would visit on the Final Tour.  An overwhelming 500,000 fans in 18 European countries shared their messages on Facebook, Twitter and Instagram using the hashtag #DemandtheCrue. They could also track the progress of the conversation via a heat map that was updated daily at: Motley.com/DemandTheCrue. Today, at a press conference in London hosted by Matt Everitt of BBC6 Music, the band gathered in front of European media from 12 countries and revealed the results of the voting.

The November tour dates will be the ultimate farewell to the European continent as MÃ¶tley CrÃ¼e bring their biggest production and pyro show to date, including Nikki Sixx's flame throwing bass and Tommy Lee's 'CrÃ¼ecifly'