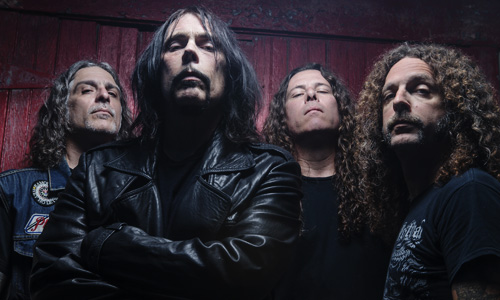 Stoner rock stalwarts, Monster Magnet have been forced to cancel the remainder of their first North American tour in over a decade due to frontman Dave Wyndorf falling ill.

The New Jersey outfit, who were touring in support of their most recent album 'Last Patrol,' were on the homestretch of their tour with just four dates left when Wyndorf was sidelined.

"Full on flu,” explained Wyndorf. “Voice-killer, gig-destroyer... I'm so sorry. I hate it more than anybody. We'll make it up, I swear."

"We are all totally bummed the rest of the tour is cancelled,” added guitarist Phil Caivano.

“Dave is really sick. We were trying to go day to day, only for him to get worse. I'd like to thank everyone who came out and all of you who planned to. No one is more bummed then us. We will be back."

The cancelled shows are as follows: