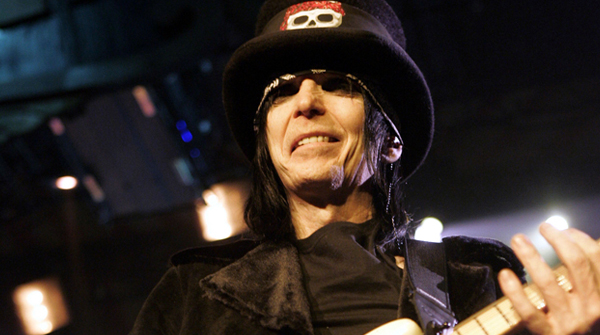 Mick Mars has taken a shot at Motley Crue's use of pre-recorded backing vocals at live shows.

Mars and the Crue are currently preparing for their final world tour prior to the hard rock icons splitting for good next year.

However, the run of shows are likely to feature backing tapes, and Mick Mars has been rather critical of the move, he tells Eddie Trunk (via Blabbermouth):

“That’s a whole another story – that could get me in a lot of trouble. Let me put it this way: I’ll just say two words and you’ll know. Britney Spears.”

“I don’t like it. I have to say 60s and 70s  bands were my favourites because they were real. They just got up there and kicked it up. Made a mistake – so what? Sounded a little bit empty here or there – so what? It’s the bigness and rawness and the people that wrote the songs and presented them.

“I could put on a Motley CD and play with it all day long. I don’t want to do that.”

The Motley Crue story has been turbulent from day one and it would appear its members are remaining as contradictory as ever with regards to the band's split.

When previously asked bassist Nikki Sixx had stated that the band would “blow its own brains out” to prevent working together again. But frontman Vince Neil has appeared to contradict the bassist and chief lyric writer by saying:

“Motley Crue’s not breaking up. We’re still going to be making music. We’re still selling merchandise and stuff. We’re just not going to tour any more.”