Mick Jagger To Perform With Arcade Fire And Foo Fighters On 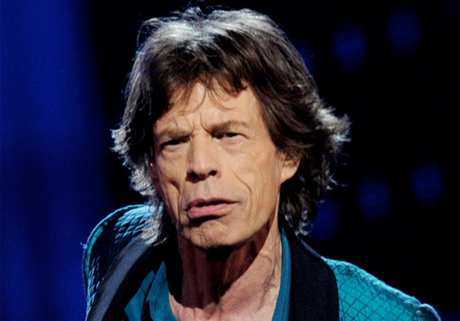 After a few days of rumours, it has been confirmed that Mick Jagger will host US comedy sketch show Saturday Night Live on May 19, and reports are suggesting that he will perform alongside the evening's other musical guests, the Arcade Fire and Foo Fighters.

The Rolling Stones frontman has confirmed that he will perform on the show as well as host, but Rolling Stone is stating that he might play with the programme's fellow musical performers.

Arcade Fire Tweeted about their upcoming appearance on the show on May 11 writing, "We're extremely excited to be joining Mick Jagger on SNL next Sat, May 19!"

Jagger last hosted Saturday Night Live with the rest of The Rolling Stones in 1978. It is thought that he will delve into his band's back catalogue on the show, in order to kick off their 50th anniversary celebrations.

The legendary frontman was announced as the season finale host on May 3. Last September, Jagger released an album as part of his super group SuperHeavy, which features Dave Stewart, of the Eurythmics, soul singer Joss Stone, reggae artist and youngest son of the late Bob Marley, Damian Marley, and "Slumdog Millionaire" film composer A.R. Rahman.

The first single off of the album was "Miracle Worker," which the band shot a corresponding video for in late June. Other tracks include "One Day One Night," "You're Never Gonna Change" and "SuperHeavy."

It was initially thought that Jagger would use the SNL platform to perform tracks from the SuperHeavy project but with the news of 'Arcade Fire' and 'The Foos' joining him, Stones fans can rest a little easy -in the past, Arcade Fire has covered "The Last Time" (watch it below).

The Rolling Stones played their first ever gig in London on July 12, 1962, and had been expected to celebrate the half-century landmark by embarking on a world tour later this year, but in March the band revealed that they would be delaying their live shows until 2013.