METALLICA, JIMMY PAGE, GHOST AMONG WINNERS AT THE KERRANG! AWARDS 2019 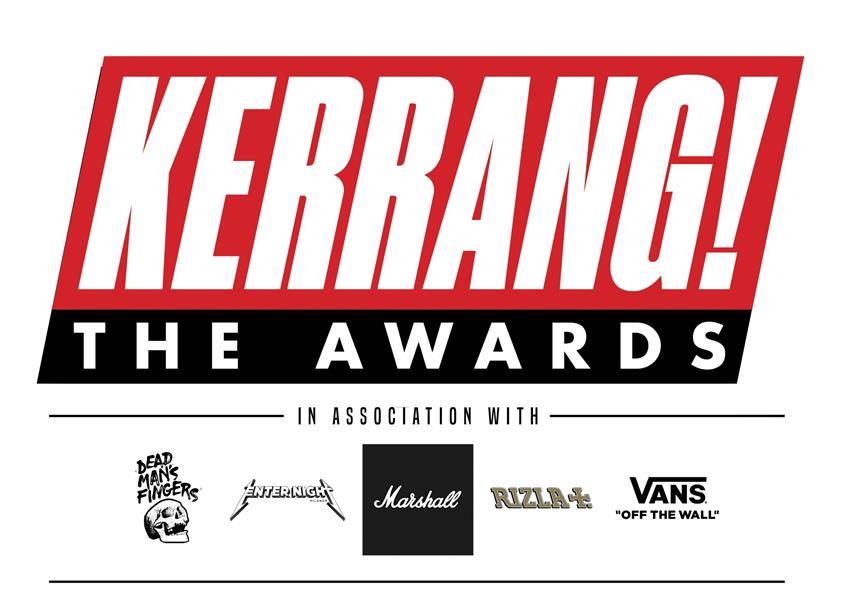 METALLICA, GHOST, BRING ME THE HORIZON, ARCHITECTS, IDLES AND MORE HONOURED AT THE ANNUAL

Wednesday 19 June: The most raucous night in the awards calendar - the Kerrang! Awards – returned to Islington Assembly Hall as the world’s biggest rock stars turned out en masse.

Kerrang! Magazine Editor Sam Coare said: “The Kerrang! Awards has a longstanding reputation as one of rock’s most raucous, important evenings, and the 2019 edition more than lived up to its billing. Tonight’s mix of winners reflects Kerrang!’s unique position as the global champions of both rock’s illustrious history and its thrilling future. Anyone who questions the health of our scene need only take one look at the 2019 Awards’ roll of honour to be emphatically put in their place.”

Brighton tech metal heroes Architects took on heavyweights Enter Shikari, Frank Carter and The Rattlesnakes, Don Broco and Employed to Serve to take Best British Live Act for the second year running. The band have consistently impressed with their ferocious and stirring performances, delivered with laser like precision, recently culminating with a huge show at Wembley Arena.

Legendary and seminal English rock band Motörhead had their incredible career recognised with the Kerrang! Inspiration Award.  With a career spanning over 40 years and 22 studio albums, Motörhead’s fusion of heavy metal and punk rock leaves them widely regarded as one of the pioneers or speed and thrash metal.

Bring Me The Horizon were victorious in taking home Best British Act, seeing off the likes of Biffy Clyro and UK heavy metal titans Iron Maiden. The unstoppable Sheffield band have cemented themselves as one of the UK’s biggest and best bands which showed in their epic All Points East headline performance earlier this summer.

Rock royalty Jimmy Page was presented with the Kerrang! Icon award. The founder and guitarist of Led Zeppelin is responsible for some of the world’s most memorable riffs and is widely considered to be one of the greatest and most influential guitarists and producers of all time.

The Kerrang! Hall of Fame in association with Marshall, welcomed Brit Rockers Skunk Anansie to the fold.  Presented by fellow Brit Rocker Grant Nicholas of Feeder fame, the award celebrates the band’s 25th anniversary during which they have maintained their reputation as one of the most confrontational, inspirational and successful bands of their generation.

Swedish shock rockers Ghost won the coveted Best Album Award for their incredible fourth record ‘Prequelle’, presented by the Princess of Darkness herself, Kelly Osbourne.  The band, who have enjoyed a meteoric rise to stardom that included selling out The Royal Albert Hall, attribute their success to relentless touring, hard graft and a knack to writing some of the best rock anthems around.  They join fellow K! Award winners Metallica on their world tour.

Kerrang!’s longstanding dedication to championing home-grown talent saw critically acclaimed IDLES pick up the award for Best British Breakthrough Act. The Bristonian punk rock band released their debut album ‘Brutalism’ and second album ‘Joy As An Act Of Resistance’ to rave reviews and have consistently impressed at major festivals and have cultivated an ever-growing fanbase.

It was an international showdown for Best Song with Californian rockers FEVER 333 picking up the gong for their huge single ‘Burn It’, beating Slipknot, Rammstein, While She Sleeps andFrank Iero and The Future Violents.

Best International Breakthrough was hotly contested with Angel DuSt, The Interruptors, Vein and Blink 182’s Mark Hoppus and All Time Low’s Alex Gaskarth’s band Simple Creatures all getting nominations. However, it was California punk rock outfit SWMRS who came out on top.

Bring Me The Horizon

THE KERRANG! HALL OF FAME IN ASSOCIATION WITH MARSHALL

For more information about THE KERRANG! AWARDS, please contact: