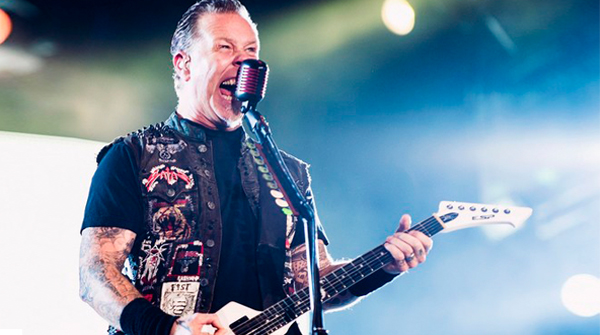 As usual, the band's set-list was laden with thrash classics such as "Master of Puppets", "Enter Sandman", "Blackened" and "The Unforgiven" as well their cover of Bob Seger "Turn The Page" and Thin Lizzy's "Whiskey In The Jar".

Metallica headlined a bill that also featured Deftones, Linkin Park and No Doubt, who delivered the festival's first headline slot.

In related news the Bay Area thrash titans will kick off a European tour in Germany on May 29th. The band have also confirmed headlining slots at both Reading & Leeds festivals on August 29th and 30th as part of the tour.