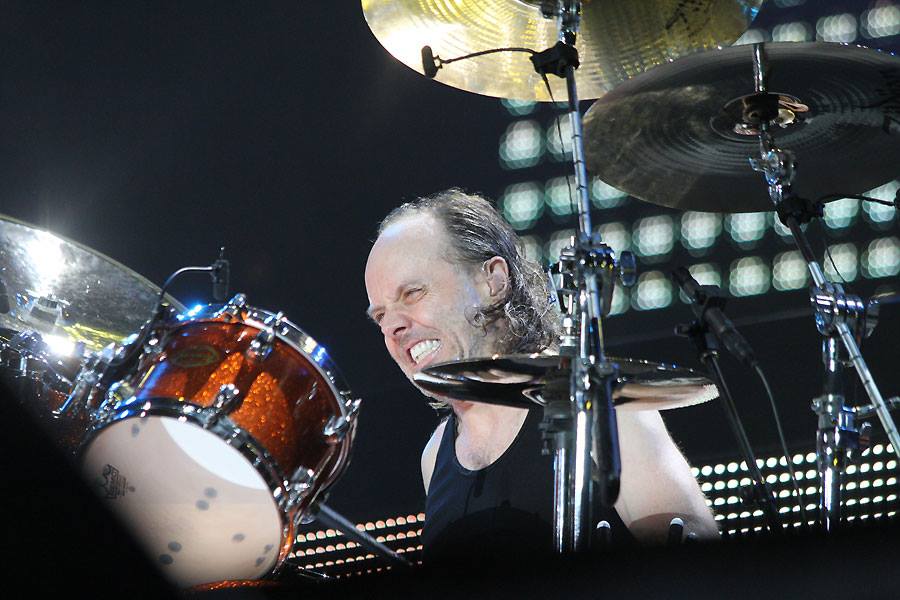 Metallica have been toying with the possibility of releasing a follow up to 2008's "Death Magnetic" for a number of years. But, according to drummers Lars, the thrash icons are in preliminary stages of beginning work on the project.

“We're in there doing riffs and putting them into songs. We don't really write one song and then show up the next day and do another one. We just work on riffs and sections, connecting riffs and tempos and moods."

At present there is still no indication as to when the album will be released. Although according to Lars, the band have made much progress.

"We've been doing this, off and on, for the better part of a year," he says.

"We're going to do these dates this summer and then really hone down. I'd say that right now, we're in the fourth inning."

"We're going to start talking about who is going to produce the album," says Ulrich. "We haven't started recording yet. But we are deep into the songwriting part of it."

Metallica wrapped up their 9-date “By Request” South American tour in Buenos Aires, Argentina on March 30.

The band will launch a European summer tour in Helsinki, Finland on May 28.