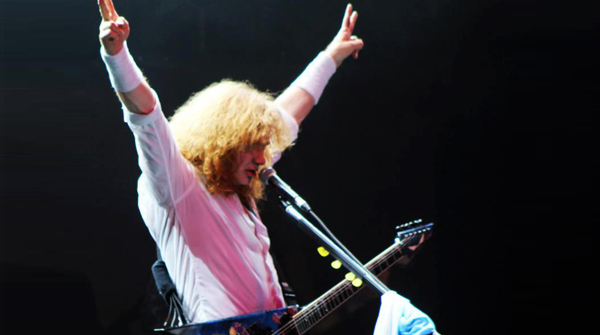 Whilst Megadeth work on the follow up to 2011's'Thirteen' at Vic's Garage studio in SanMarcos, California. Dave Mustaine, ShawnDrover and Chris Broderick have beenkeeping fans up to date on the album's progress by sharing videofootage of them recording their 14th studio album.

The band are working with producer Johnny K onthe project, which will be their first since recently parting wayswith Roadrunner Records in December of last year.