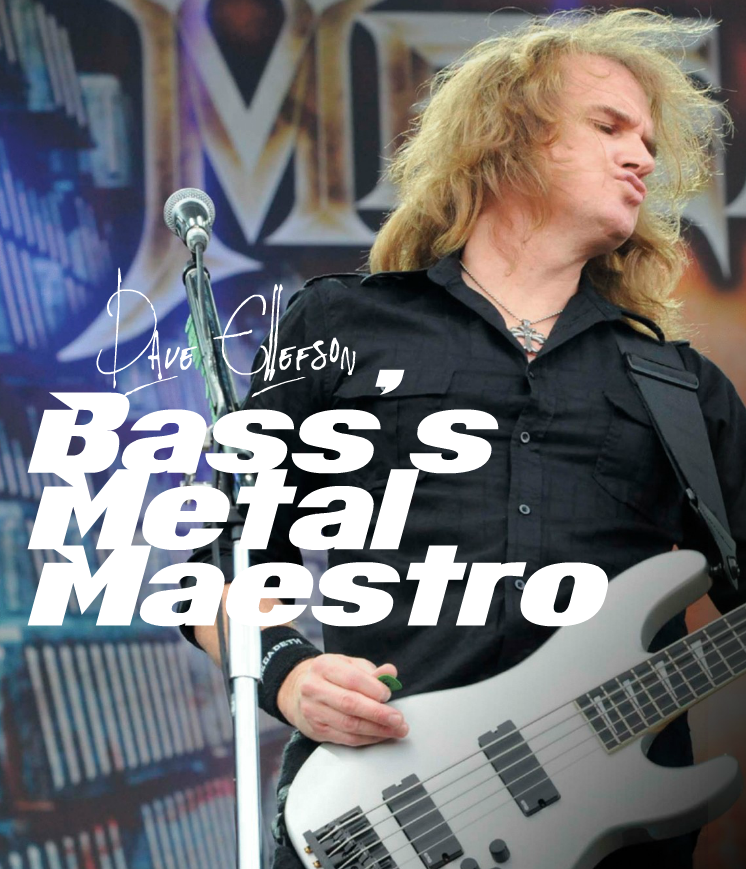 Megadeth's Dave Ellefson recently spoke with MetalSerbia.com about the proposed collaborative project featuring Dave Mustaine and Ellefson alongside Metallica's James Hetfield and Lars Ulrich. You can listen to the full interview below. A couple of excerpts from the chat follow:

David Ellefson: "Look, it would be fun to do it. I think Dave just threw that out there as kind of a wishlist, [as] something [that would be] fun to do. I don't know if it's ever going to be a reality. But a lot of people got excited about the thought of it. If it would ever happen, absolutely, I'd participate. I think it would be a blast."

On Megadeth being in the headlines for things that are completely unrelated to music, usually as a result of controversial statements by Dave Mustaine:

David Ellefson: "Those are Dave's feelings and opinions and here in America with our freedom of speech and liberties that we have, every one of us can voice their own opinion. He says those things because that's how he feels about them. Megadeth has always been a band that has been about people's personal freedoms and liberties anyway. So, I think, for us to be able to say and do whatever we want, provided that it doesn't hurt other people, there's nothing wrong with that."

Hetfield laughed off talk of a possible collaboration between members of his band and members of Megadeth in a recent interview, calling it "crazy" talk on the part of Mustaine. An original member of Metallica before being kicked out in early 1983, Mustaine has jammed with his ex-bandmates on several occasions over the past couple of years during "Big Four" shows and at METALLICA's 30th anniversary concerts last December.

Although Mustaine recently spoke about assembling a "supergroup" combining him and Ellefson with Hetfield and Ulrich, Hetfield told So What!, Metallica's fan club magazine, "I see [Mustaine] healthier now. I see him as less of a bitter guy. But I do see a lot of stuff in the press with him talking about jamming with us and making an album. All this other crazy stuff. I read it and say to myself, 'Hold on. This is the Dave that we kind of wanted to forget about. You know, the big-mouth that wants to just go-go-go.'"

Hetfield added, "But there is an authenticity about him when he speaks. He doesn't think too much before he does. He just goes off the cuff. Plus, when he says stuff like that, it's well-intended."

Mustaine feuded with the members of Metallica for more than two decades before finally patching things up over the last couple of years.

Mustaine recently made headlines when he told Canadian television and radio personality George Stroumboulopoulos that he is certain that President Obama "was born somewhere else than America."

"I have a lot of questions about [Obama], but certainly not where he was born," Mustaine said. "I know he was born somewhere else than America."

When Stroumboulopoulos pointed out that this school of thought made the musician part of the so-called "birther" movement, Mustaine countered, "I'm not calling a question to it, I just, you know, it's a point. How come he was invisible until he became whatever he was in Illinois?"

Stroumboulopoulos tried to further challenge Mustaine on his claims, causing the Megadeth frontman to attempt to change the subject.

"I don't want to talk about my president," Mustaine said, before going on to admit that he was going to "have to do some more homework on where Obama came from."