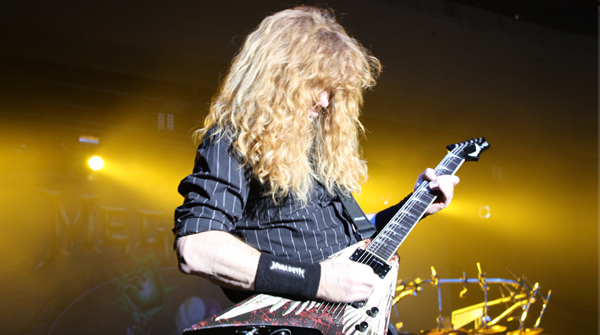 Megadeth's are looking for a guest vocalist to appear ona new track according to a Facebook post by frontman DaveMustaine.

"Any ideas for a guest singer on a track? I have a few ideas,but wanna know what you think."

However, it is unclear on which song or album the guest singerwill actually feature on, especially when you considerMegadeth have just recently finished recording thefollow up to 2011's 'TH1RT3EN' and arecurrently in the mixing process.

Since the time of the posting there have been over 3,000suggestions from Megadeth fans with JoeyBelladonna, James Hetfield andPhil Anselmo proving the most popular.