Matt Sorum: "Me And Slash May Play With Donovan" At Hall Of Fame | Guitar Interactive Magazine 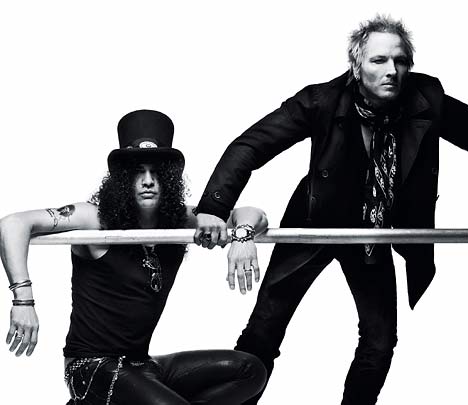 Matt Sorum has revealed to VH1 Radio Network that he and Slash may yet play live at the Rock And Roll Hall Of Fame - despite the news that the original Guns N' Roses line-up won't be performing.

In the recent interview, the drummer says that he's offered his services to Donovan who, like Guns N' Roses, will be at the ceremony on April 14 to be inducted into the Hall Of Fame

"I might play drums with Donovan. I offered my services to Donovan, because I played with him one time before, and 'Hurdy Gurdy Man' was a song he recorded that John Bonham played drums on and Jimmy Page was the guitar player. I offered Donovan that me and Slash could play that maybe, but I haven't heard back if he wants us to do it or not."

When asked asked about his ex-band members plans for the ceremony, Sorum said that he'd asked Slash to call Axl and find out what the singer was planning for the event.

"Slash's answer to me was that he spoke to Izzy [Stradlin], and Izzy wasn't planning on coming. So I think that was like, if Izzy's not going to come and it's not all the original guys, then it doesn't make sense."