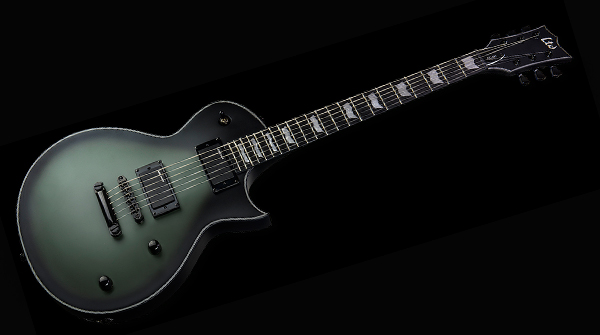 ESP Guitars has announced that acclaimed guitarist Bill Kelliher of Atlanta-based metal band Mastodon has joined the company's family of endorsed artists. ESP also announced the introduction of two signature series models for Kelliher: the ESP Bill Kelliher and the LTD BK-600EC. Both models will be available later this year. Visitors to ESP's booth at summer NAMM later this month will be able to see the BK-600 in person at Booth 1231 Hall D.

"We are beyond proud to have a guitarist who is as universally respected as Bill in our artist roster," says Chris Cannella, ESP director of artist relations.

"MASTODON is a consistent favorite among fellow musicians and fans, crossing multiple genres of metal with an appeal that's like no other band. Bill is a great representative of an ideal ESP player. We're completely stoked to have him onboard."

The new ESP Bill Kelliher and LTD BK-600EC are single-cutaway designs that employ a mahogany body with a traditional full thickness, and no waist cut. The three-piece mahogany neck is joined to the body with set-thru construction at 24.75" scale for smooth and comfortable fast access to the upper frets. The guitars feature an ebony fingerboard with pearloid "ESP Flag" inlays and 22 frets, as well as binding on the body, neck, and headstock.

For more information on the new Bill Kelliher ESP and LTD Signature Series.