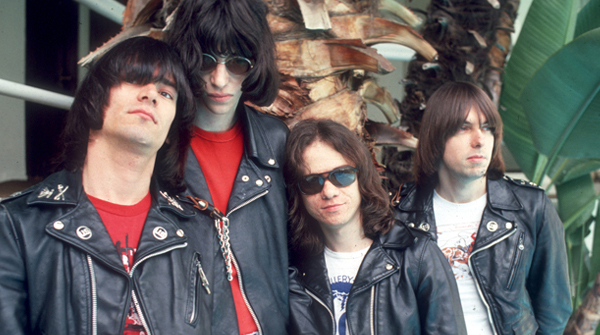 Martin Scorsese is set to direct the much talked of Ramones' dramatisation which is expected to launch in 2016.

At present not much has been revealed regarding the punk biopic, which will coincide with the 40th anniversary of the Ramones' inception, other than that Scorsese will be directing.

According to Jeff Jampol, who co-manages the group's estate with Dave Frey, a whole host of projects are underway in celebration of the band's anniversary.

He tells Billboard (via Classic Rock): “We’re looking at a documentary on the Ramones – we just secured a tonne of footage, much of which has never been seen before.

“You’ll see a book coming – a story of the band’s formation and those first few records and the craziness that happened. It’ll be a combination of prose, photographs, memorabilia and posters, just kind of documenting the scene."

“You’re gonna see some really interesting combinations of music, new music, remastered music and apparel. As far as apparel goes, authenticity is the foundation of everything. And luckily, when you have a genius artist like the Ramones, you don’t have to spin it.”

In July the last living member of the band, guitarist Tommy Ramone, passed away.