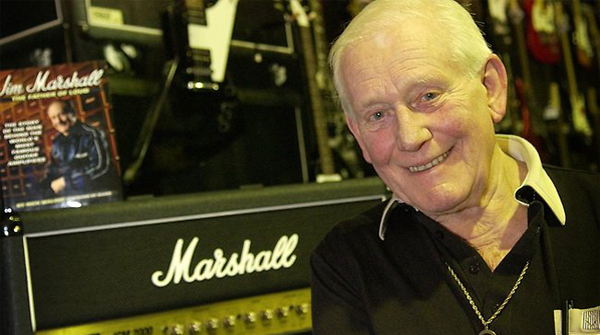 In tribute to their founder, the Bletchley-based manufacturer is offering five guitarists the opportunity to pay homage by taking part in a 'Father Of Loud' Day memorial.

Unsung players and fans will have the chance to play a part in a personal, intimate and commemorative event that will be held at the MK Rose Pillar, a public space that was built in dedication to Jim Marshall and unveiled in CampbellPark, Milton Keynes last year.

Jim created the first Marshall Amplifier, the iconic JTM45, at his music shop in West London in 1962, and from there he created a unique tone which became synonymous with loud rock 'n' roll throughout the 70s, 80s and 90s. Today, his creations are used by some of the world's most renowned guitarists and bands, from Jimi Hendrix and Randy Rhoads to Kasabian and Airbourne.

Jon Ellery, Managing Director at Marshall Amps, said: 'Jim's ethic was to always listen to his customers, no matter what their stature, so we decided there was no better way to commemorate his life than to provide this great opportunity for his loyal fans and customers.'