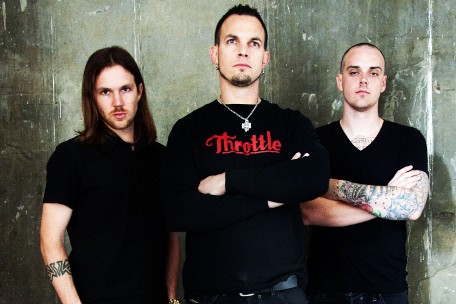 Mark Tremonti, the guitarist famed for his work with multi-million selling band's Creed and Alter Bridge is gearing up for the release of his first solo album, 'All I Was'. Due out on July 10th, Tremonti (the name of the band) also features Eric Friedman on rhythm guitar and Gary Whitlock behind the drums. The band has released this live performance video of their song 'You Waste Your Time' from their studio and while it's not the official video for the single, it will serve as a taster for what fans can expect from Tremonti's live show.

"You Waste Your Time" jumped straight in at Number 10 on the iTunes Rock Singles chart shortly after being released. Tremonti said in a statement, "I am overwhelmed by the positive response the song has already received. I never imagined it would hit the Top 10 so quickly and that is a testament to the amazing fans I have. I couldn't have gotten anywhere in my career without them and want to thank each and every one of them for their support. I can't wait until they hear the rest of it."

Produced by Michaels "Elvis" Baskette who you might recognize from his work on albums by groups like Chevelle and Ratt, the album is set to be a success if this video is anything to go by. Check out the perfomance below

All I Was track listing:

Tremonti's  All I Was will hit stores on July 10 via Fret 12 Records. For more information and updates visit  www.TremontiProject.com