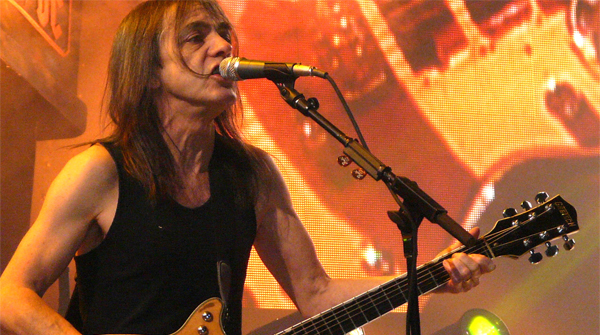 AC/DC biographer, Jesse Fink, has revealed that Malcolm Young will not be returning to the legendary hard rock outfit.

Fink, whose new book 'The Young's: The Brothers Who Build AC/DC', has stated that any fans hoping to see Malcolm return to the fold needs to accept his departure is permanent, with his nephew Stevie set to now take his place, at least for the time being.

The band have not commented on Young's condition for the sake of the Scottish-born Aussie guitar legend's privacy.

The only official statment announced that Malcolm would be "taking a break" whilst the band worked on the follow-up to 2008's "Black Ice".

Fink refuses to discuss specifics – but he tells WZLX: "I'm not expecting to see Malcolm return. The important thing is we all let Mal be and hope he can recover. We should all expect that Stevie is in the band now."

Jesse Fink's book "The Youngs: The Brothers Who Built AC/DC" is published in the UK in October.